Daughter Susan and me, you can blame her for this blog

I’m not a shopper. I have no patience and particularly hate trying on clothes. I also don’t like large department stores — haven’t a clue where things are and too often can’t find someone to ask. Our Hudson’s Bay Company (HBC) is one such store. I avoid it if I can. They once had a huge sign on the outside of their downtown location declaring ‘Shopping is good’. I didn’t approve. The statement is debatable, but that’s a whole other story.

Our bodies have to be clothed, so it becomes necessary now and then to shop.

found a new pair of these at HBC

That means going to larger stores for me. I’m short. I need a petite. Most smaller stores don’t carry petites, so I went to HBC for my recent summer clothing requirements. Who’d have imagined what I read about them later? 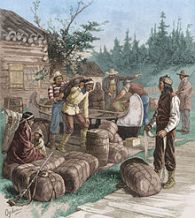 I’m a history buff. Of course I knew HBC, as one of the oldest businesses in existence, would have a long history. However in reading ‘The Secret Plot To Save The Tsar’ by Shay McNeale, I learned the company had been involved in far more than just buying and selling furs.

The book says HBC was contracted to construct a residence in Murmansk, in northern Russia, to be used as a safe house for Tsar Nicholas II and his family pending a hopeful rescue by the Allies in 1917. It was believed/hoped this might even lead to the Tsar’s eventual return to power. And it was HBC’s Henry Armitstead (1877-1956) who headed the project.

During World War One, (1914-1918) HBC operated as purchasing agents for France, Russia, Romania as well as others. The firm had headquarters in London. They were able to claim the house was being built for use by employees, but it was paid for by the British Admiralty and constructed under the auspices of the British Secret Service. (Armitstead’s boss, C.V. Sale, was head of HBC at the time.)

As during most revolutions, in the Russia of 1917, factions jostled for power. Bolsheviks, Czechs, the White Army, Reds, Cossacks, Caucasians, and others manoeuvred, used extortion, blackmail, ransoms, bribes and double-dealing to gain control of the country during the civil war. Agents and double agents infiltrated the various factions, often changing identities and names, other countries utilized a multi-tracked policy of espionage. It was a real, live ‘cloak and dagger’ whodunnit with murders and disappearances a common occurrence. Lenin was a master at the game. He accepted huge bribes from all sides — and was the guy who trained Stalin — only too well. 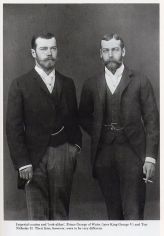 What is the truth? Did the Tsar and his family actually survive? To this day some think so. Some don’t. The Tsar was closely related to many other European Royals. His first cousin, King George V of England, and he looked so much alike they were often called ‘The Twins’ and easily mistaken for each other.

Do I think they survived? No.

And what do the Hudson’s Bay’s records say of all this? Their 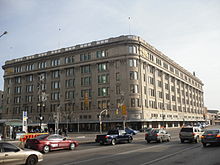 archives are online and fascinating — I spent hours totally intrigued. They say Armitstead was indeed employed by them and was posted in Archangel, on a ‘special trade mission’ during 1917.  Archangel (Arkhangeiska) is located in the north of Russia. Interesting, no?