Are you getting as many fraudulent calls as I am? Are those villains out to get you too? It seems this pandemic has let loose more crooks than ever.

My phone rings as early as 5:30 a.m.` telling me my computer needs repairs, or the CRA is after me for not paying my taxes, or my credit card

My credit card number you say???

has been used so would I give them the number.

Goodness, don’t those idiots even check what time it is in my part of the world before they call?

They certainly know we’re spending more time at home and: we miss our loved ones whom we can’t see during these trying times; that makes us lonelier than usual and a new romance

would be a welcome diversion; we might also be bored because activities we participated in are cancelled; and we’ll risk talking to a stranger on the phone as a result of it all.

If you’re older (like me) you’re ripe for the picking.

Computer needs fixing? Take it to a shop who repairs them.

We tend to be patient and although I doubt it’s true, we often idealize yesterday when we ‘think’ people were kinder, nicer, more honest and caring. Sorry to let you down but there were always crooks around and if you think not, you’re dreaming.

The world isn’t going to the dogs. Dishonesty isn’t new. 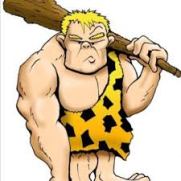 The caveman probably raided his neighbour’s den to commandeer meat, berries and women while the other guy was out doing what he should — hunting a mastodon. 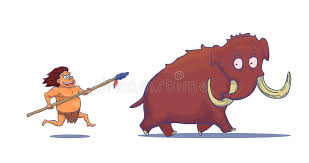 Out doing what he should, hunting a mastodon!!!

Scam artists, I understand, trade information the way kids trade baseball cards. Sadly the same person is often duped more than once and considered worth another try.

There ARE predators out there…

Stay alert, be aware, be suspicious.There ARE predators out there who prey on folks like us. Better safe than sorry.

There was a time I wrote often about fraud, but haven’t done so before in this blog. However, a friend has been taken by the ‘you’re having a problem with your computer and we can help you fix it’ phone scam, so it is time I did. This friend has a P/C, uses word and like most of us deals with the often baffling confusions of modern technology. He thought the call was valid.

After allowing them into his computer, his credit card was charged over $300 and his computer was so messed up, he had to bring it into a shop to have it straightened out — at additional cost. The credit card company would not refund his money, it had gone off to a faraway third world country and there was no possibility of reimbursement. I’ve received dozens of the same calls and I don’t even use a P/C. We are all possible victims of fraud.

Someone was recently wearing a T-shirt which read ‘Prey or Predator’. What it implied disturbed me — I don’t like to think humans must fall into one or the other category, but there certainly are a few predators out there and we really need to be wary. It isn’t that the world is going to the dogs, and it isn’t that you can’t trust any one anymore. There is nothing new about dishonesty. It hasn’t just arrived with the advent of the computer, it has always been a part of the human condition.

Mode of travel in the 12th century

We’ve had thieves and rogues aplenty throughout history. For instance, in the days of the Plantagenets, the English royal house of Anjou, (12th century) a journey from one British town to another was fraught with extreme danger. Murderous villains lurked in the bushes on the roadways, ready to terrorize and plunder hapless travelers. Women were so vulnerable they often dressed as men in an effort to avoid being raped as well as robbed by the highway men lying in wait.

Nothing is new. In ancient Egypt, Cleopatra’s priests, who mummified cats to be buried with humans for the trip to the other world, often filled those ‘mummies’ with sand instead of cats. They had a good scam going — cats were revered. Go further back and I am convinced the caveman raided his neighbor’s den to commandeer meat, berries and women, while the poor unsuspecting

One of our forefathers ready to steal from his neighbor

chap next door was out doing what he should — hunting a mastodon. Not much changes.

Out to get you today

Despite history and the many warnings on the news, some of us continue to get needlessly burned. And, if you have already been cheated once, be even more alert. You are considered ripe for another try, thieves trade information about ‘easy marks’. You may be approached by a scam artist again, so be extra vigilant. I care about you.