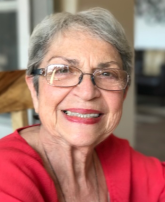 That’s how things go folks. You think you’re particularly clever and have come up with a unique and brilliant idea that no one else has ever thought of before — and you learn it’s been used for centuries. Bummer!

For years I’ve seen myself through scary, painful or difficult times by singing — aloud. The older the song, the better because then I have to work harder at remembering the words. I’ve fought my way out of my apartment step-by-agonizing-step after devastating dizziness sieges by singing. At times I’d make it as far as the elevator, but later might make it as far as the front entrance. Sometimes guys, that can be a big accomplishment, especially for a dizzy dame.

After my hip surgery last year, while five fussing nurses gathered round my bed trying to figure out how to extricate the stubborn last staple (out of 18) which had somehow formed a ring in my flesh, I sang an old kids’ song as they dug in. When they finally succeeded, they gleefully gave each other high-fives and danced about. Were they just pleased with themselves for solving the problem, or delighted with the quality of my (ahem) beautiful voice? I never asked…..

I’ve many stories I could tell you about times when my singing saved the day for me, but I won’t bore you with all the grizzly details. Suffice it to say, it has worked.

Why do I risk making a fool of myself in front of others who are sometimes strangers? Because it works. It seems my brain, unable to double-task well, has to concentrate on the (preferably) old song I don’t remember too well. I actually believed I was the one who figured this out all by myself — that nobody else ever thought about it before. Ha. 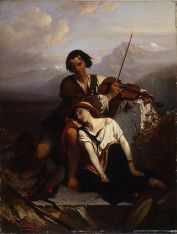 Recently CBC Radio had a program about Music Therapy. I had to find out more so called on Mrs. Google. Waddaya know? It’s been used for years for relaxation, reminiscence for the elderly, physical rehab for stroke victims, plus more other physical and mental conditions than I have the space to list here. Interesting, no?