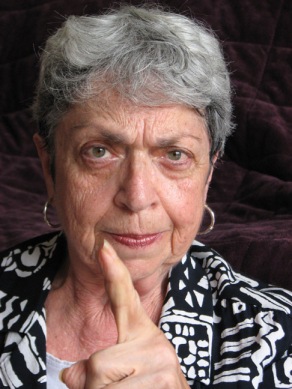 What is it about so many dog owners that makes them so dense? Is there a condition they are vulnerable to that I am not aware of? Do they not realize that by being inconsiderate and behaving badly they are making things difficult for others —  thoughtful dog owners as well? If you have some answers, please enlighten me.

We allow pets in our condominium. I voted for it myself when the issue was raised. I’ve owned dogs. I understand how important animals can be in people’s lives. The Strata established a few very simple rules that make sense. Pets are to be leashed in common areas. Owners are also expected to clean up after their pets. Is that unreasonable? Is it so difficult?

I have a vestibular disorder. It affects my balance, which is damaged, and I deal with dizziness more often than I like. I do what I can to fight it, but there are times I am insecure and unstable. At those times especially, dogs jumping around my ankles are scary. It’s not because I am afraid of dogs, but because I don’t trust my own ability to stay upright.

Why is it dog owners always say “Oh, he’s alright.” referring to their unleashed dog when their yapping little darling is jumping around my feet. They seem to believe “their” pet should be exempt, that these rules are only there for dogs which are not “alright”. I’m the one who is not alright!!

Some inconsiderate dog owners have also allowed their dogs to relieve themselves on our back lawn, which has no access from the street, so the culprits must live in the building. This has led to complaints from our caretaker and other neighbors. I don’t blame them.

I was on strata council. Residents in the back said there were so many flies around the dog poop, they could not use their outdoor patios. We knew who was responsible, she lived on the first floor and had a dog, but we didn’t feel we could fine her without someone actually “seeing” her in action.

We put several notices in our minutes pleading with dog owners to please pick up after their animals. We hoped she would see them. If she did, she ignored them. I was the one responsible for her finally being fined $25 when, from my balcony, I saw her let her dog go out and make no move to clean up after him. I called down to her that I would report her infraction. Have you ever noticed that when people behave improperly, they are the ones who get angry? She has not talked to me since.

I have a dear friend who is terrified of dogs. She was raised in China during the Cultural Revolution and had been taught dogs are dangerous, they bite and give people diseases. Although she now understands it is not necessarily true, having had no previous contact with animals, the fear remains. I’ve seen her cross the street to avoid contact with an unleashed dog. It does no good when someone, whose dog is not on a leash, approaches her on the street and invariably says “Oh, he’s okay”.

My friend is not comfortable with your dog no matter how good your dog is. She is tired of hearing the same thing again and again. Dogs are supposed to be leashed on the streets in our city. Is yours? Why don’t people who walk their dogs without leashes get fined? If that law were enforced, perhaps our property taxes could be lowered.

Another friend who was bitten by a dog when she was a child is still terrified when she sees an unleashed dog. Is that so hard to comprehend? Please, when you walk your dog, be considerate. You don’t know what other peoples’ feelings or problems are. If you do the right thing, there should be no problem. How about it?

Perhaps I’m particularly cranky this morning, I’m fighting my way out of a lousy dizziness siege and just pushing myself to be brave and take short walks on my own outdoors. My balance is more precarious right now. The other day a huge dog was allowed out on its own just around the corner from where I live as I was walking by. I stopped dead in my tracks as the friendly, large animal approached, nuzzled and licked me, tail wagging. I was afraid to move and told the owner, standing at her door barefoot, that I was feeling vulnerable because I was dealing with a balance issue and would she please call her dog back. Should it have been necessary?

Dog owners, your pet is adorable, it’s cute, it does tricks and is brilliant and you love it. But, here’s a shocker. Not everyone else loves your dog. So, for the safety of your pet and others, do have it on leash everywhere you are required to. Also, pick up after your pet, no one else should ever have to. Be considerate and I, for one, will be grateful.