Some friends are still trying to keep their New Year’s resolutions. However, I gave up making them years ago. I know better. They’ve never worked for me.
For instance, nobody ever suggested I was shy or quiet. Even when I was really little, my oldest sister said all she needed to do was tell me to recite or sing a song and it was like turning on a tap. (I could recite the ABCs before I knew what they even represented and believed “lmno” was a word!)
I’ve always been a verbally expressive creature and rarely hesitate

On our debating team, we were taught to respect differing opinions

to say what I think although I learned, on our high school debating team, to respect those who disagree with me. (Which doesn’t mean I can’t get really angry when someone is dishonest, or unethical.) I am interested in differing opinions, because I realize I may be wrong, or change my mind about the issue in the future. Through the years, goodness knows I’ve often enough changed my position on things.

We gathered for coffee and conversation every Sunday morning

I once made a New Year’s resolution to refrain from talking so “enthusiastically” (ahem!) and to allow others more of an opportunity to express themselves. At the time, I used to meet with friends early every Sunday morning for coffee and conversation. We gathered at the beginning of that January and each and every single one of them noticed my unusual silence.
“Muriel, are you alright?” “Are you sick?” “What’s happened?”
“I’m fine,” I responded, “I’ve just made a resolution not to talk so much.”
That led to a discussion about what “talking too much” meant, and the conclusion was that interesting conversation was not “talking too much”. These friends hoped I would give up my resolution — they expected me to fully participate. They felt I contributed to our get-togethers and didn’t like the “new” me. It was just as well. I don’t know how long I would have been able to keep my mouth shut anyway.

Do I talk too much?

So, you wonder, what made me want to change in the first place? An incident which occurred years before, when a troubled neighbor told me I talked too much. I knew she was not well, but it nagged at me and I took it to heart.
During the next week or so, every person in my life was asked the same question. “Do I talk too much?”
“Talk too much?” my sister said, “Naw, you wouldn’t be you if you didn’t talk.”
“But is it too much?” I persisted, “Tell me the truth!”
“No, you have a vivacious personality — I don’t think there’s anything wrong with that.”
“Do I talk too much?” I asked my friend Hans.
“No.”
“Are you sure?”
“What brought this on?” After I told him, he said: “Definitely not, I don’t enjoy chatter, but you don’t chatter — you’re interesting.”
(Okay, he was the man in my life so what else could he say, huh? And since he was talkative too, we used to laugh about fighting for “air space” when we talked.) This continued with family and friends until I finally let it go.
Still, that one comment stuck around like a ghost reluctant to leave and for some reason, continued to haunt me. Thus, years later, I felt a New Year’s resolution to talk less possibly was in order.
Well, they say silence IS golden. Nowhere in all the reading I had done had I ever found anything that offered encouragement to those of us who are avid talkers. At last, here is one. Hurrah! 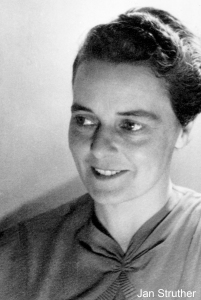 “If silence is golden, then speech is platinum. It spreads wisdom, dispels ignorance, ventilates grievances, stimulates curiosity, lightens the spirits and lessens the fundamental loneliness of the soul.” (Jan Struther, author of “Try Anything Twice” and other books.)
Bless you, Ms. Struther. You left us too soon!