In July 2007, I received a letter from an insurance company with whom I have a small annuity. They pay me about $230 a year around my birthday, which is in July.

The letter, addressed to ‘Estate of (me)’ says:

We have recently been advised of the death of (me). On behalf of (them) please accept my deepest sympathy on your loss.

In order to determine our requirements we require the following:

2) Name and address of the person handling the Estate

Upon receipt of this information, I will write you regarding this policy.

Should you have any questions or concerns, please do not hesitate to contact me.

My death at the time was a total surprise to me, and since I did have a concern, I called the guy who signed the letter and asked how come I hadn’t been advised of my death and he had.

I also asked who told him I died. He personally didn’t know because he’s only the guy who writes the letters.

I was deeply saddened to learn of my demise as you can imagine. I still had some mischief in mind.

Was I really dead? Was I a ghost? I tried walking through my bedroom wall, it wasn’t a good idea. All I got for my effort was a bruised nose. Oh, well — I was obviously still here.

Concerned about losing the $200 they’d already mailed me, they had immediately put a stop payment on the cheque I’d just received, signed and deposited at my bank. It had to be replaced later so they at least got to hold on to my two hundred bucks longer. I hope that made up for the disappointment of my not being dead.

Well, here it is 2020, and while looking for something else, I found their old letter. How can anyone throw away a gem like that? When was the last time you were notified of your death?

Well, sorry fellas, I’m still here and have no plans of checking out soon. I intend to stick around and make trouble for as long as I can. I’m not quite done with this adventure yet.

WE need to build a wall…

Just got back this week from California. Had a grand time there with loved ones who treated me royally. Bless their hearts. How I love them and appreciate their consideration and kindness.

Still, there was a strange feeling of unease in the air. Something’s going on….

Trump’s wall south of the US

California is short of water again and that’s no joke. Residents are being careful with the precious stuff while the state is dealing with wild fires. Folks have had to evacuate and some even lost their homes. 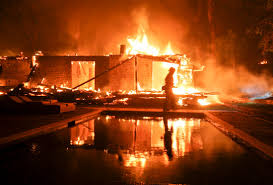 People are losing their homes

I, myself, saw burned down trees and brush right off the freeway we were driving on in the San Fernando Valley. It was also hot, which they tried to hide from me with air-conditioning, but they couldn’t fool me. I’m too smart for them.

Avocados need a lot of water

California grows much of the fruits and veggies we in Canada buy. Those groves of trees and fields of veggies need water. Lots and lots of it. Luscious avocados, so popular

Lettuce fields need to be watered 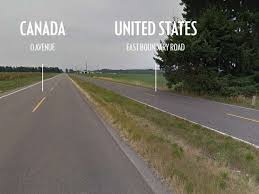 Not difficult to cross this border

Naturally, they’ll declare war on Canada so they can get their unwashed hands on our glorious, clear water!

Listen, just maybe that’s the real reason why Trump withdrew his U.S. troops from Turkey and Syria — because he wants them at home so they can be well-trained and ready to invade his northern neighbor and grab possession of our lakes and rivers! Then, he’ll build a few golf courses to rub it in.

WE need to build a wall…

We must stop this disaster from happening. WE need to build a wall along our southern border — and the US should pay for it. What’s fair is fair, right?

P.S. I apologize to all my dear American friends. Just couldn’t resist being naughty.

Right now, I’m rereading the late Arthur Black’s ‘Black Gold’. It’s a book of short, easy to read, mostly amusing essays. I loved Black’s CBC Radio program ‘Basic Black’ for years because of his clever, ironic humor. The book is a hoot. I often chuckle as I read.

The story I read over coffee this morning is called ‘Justice by the handful’. I’m perfectly capable of being unkind, especially when it comes to people I consider evil, so I hope the story is true! This is what Mr. Black said happened in Mississippi.

A would-be rapist broke into a house in Jackson and found himself in the bedroom of a 50-year-old unprotected woman. He jumped on top

of her, slapped her around, cursed at her loudly, and when he thought he had her thoroughly frightened, he removed his clothing. That’s when the woman grabbed him in what you might call an intimate embrace, except it was more than just energetic.

Black went on to say it was two-handed, vice-like, and, as you can imagine, extremely painful. At this dramatic point, I must quote word-by-word to properly describe what followed.

‘Die then,’ the woman said.

‘Woman, you got me suffering.’ he moaned.

She must have had a good laugh.

‘Have you thought about how you were going to leave me suffering.’ she replied with a twist.

Apparently, he finally managed to disengage and got away. However, the police had no problem finding him. They merely followed the crawl marks in the dirt directly to where he lived. She must have had a good laugh when it was all over. Yeah!

I loved this story about poetic justice.

I have no idea if this story is true. Don’t hold me to it. I loved the story, true or not. It is a tale about poetic justice, which is an idea I thoroughly enjoy. Besides, to put it mildly, I don’t like rapists.

P. S. I had the pleasure of knowing Arthur Black who was a regular reader of my blog. You can read more about him by going to a previous post as follows: