A friend recently recommended I not save my favorite cologne for tomorrow. How right she was. Life is precarious. We don’t know what the day has in store for us. A two-ton-truck may be lurking around the corner just waiting to throw me down hard on my keister. I’m using my favorite cologne…

I’ve become aware of my mortality and that pleasures I’ve enjoyed in the past can become impossible.

However, when one door closes, another opens. All we have to do is be willing to walk through that new door.

Always an avid reader, when I learned my vision was vulnerable, I went on a reading binge like no other — and it hasn’t yet ended. 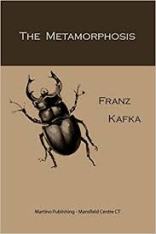 I’ve pulled books I’d been planning to read or reread for years off my dusty shelves like: Lady Chatterley’s Lover, (banned in the Quebec of my youth but no big deal today); Kafka’s ‘The Trial’ and his very short and strange ‘Metamorphosis’ which I’ve read at least a dozen times, (both unforgettable); plus Cervantes ‘Don Quixote’, (a sometimes wonderfully funny book). I’m still reading voraciously… 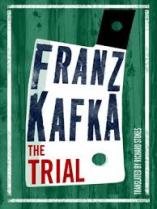 Weird and worth reading… 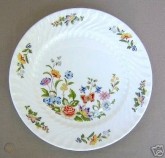 Well, wouldn’t this cheer you too?

to reheat food in the microwave. I like my fine china. Its colorful and makes me happy every time I see it. Furthermore, no one can ever say I didn’t get to use it. Indeed, I’ve dropped a few and the hard tiles on my kitchen floor are totally unforgiving, but so what? I rarely have 12 people over for dinner these days anyway.

I concentrate on doing things which enrich my life, like having lunch out with friends I particularly enjoy being with. I also get a great kick out of writing this post. It pleases me to share my thoughts with you, so I thank YOU for giving me this pleasure.

Last night, I went to bed. I was me. My ordinary self. All was well. I snuggled into a comfortable space and took a deep breath. It had been a busy day. I turned the radio on. I like to listen to it when I go to sleep. All was set for an ordinary night’s sleep. Ahhh….

The next day I awoke. What happened? Where were my arms? They were around here somewhere. I opened my eyes and looked around. Ah, there they were. They reluctantly moved over, obviously still tired. They had been dancing.

The arms had been dancing

I tried to place those arms where they belonged. One ought to be able to do that. But it isn’t that simple. There is a right arm and a left arm. The flesh had been firm the night before. But, if there had been a breeze in my room, these began to look like they would flap about.

Franz Kafka, why would he visit me????

I couldn’t stop there. I needed my legs. They were here when I went to bed. This was getting too weird. Was Kafka visiting me from his grave? And why? I looked around. There were a few sets of legs to choose from. They just lay there waiting for an invitation to join me. I don’t usually give invitations before breakfast, but this was an unusual occasion, so I chose a pair.

‘Would you two legs kindly move over and join me?’ I asked tentatively. Was that MY voice????

They looked around doubtfully and conferred before making a final decision. Since no one better was hanging around, the two closest to me decided I was the best they could do at the moment. Where these legs will go tomorrow, I have no idea. Be aware. They may choose your bed instead….

Just last night, I was young and strong. I felt invincible. My skin was smooth. I had no wrinkles. After those legs settled down I dragged my new body (including arms) out of bed to wash my face.

The strange lady in my mirror…

There was this strange lady in my mirror who had never been there before. Who was she? And why was she hanging out in my bathroom? Didn’t she have a place of her own to wash up in the morning? Poor thing. One can’t throw an old lady out so early in the day — before breakfast yet.

I dragged that old woman into the kitchen with me. What else could I do? I prepared enough coffee and toast for both of us. What would you have me do? Perhaps I made a mistake because now she won’t leave. She keeps hanging around and her face looks at me from every mirror in my apartment.

However, there is one compensation. I’m never without company. Sometimes she even has interesting things to tell me when we chat. She’s kind of opinionated.