My friend Hans was a talented musician and writer. He was a student at the Vienna Conservatory of Music until he was unceremoniously tossed out by the Nazis. After escaping from Austria to the U.S., (an amazing story in itself) Hans was drafted and served in the U.S. military overseas. When he returned to America and married, the first piece of furniture he purchased was a grand piano. 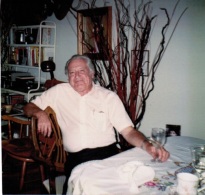 plays and funny skits — one of which was about how to be knowledgeable about every symphony by just learning one minute of each. He was a really funny guy.

If you read my blog, you know I’m a history buff. To me, the story of man is more amazing than any novel can be. I can read through volumes of history to delight in one sentence about something I didn’t know before. Yes, I’m weird….

My family just visited. It has been a wonderful time for me — and a lot of fun, but there hasn’t been much free time, so you can imagine my delight when a cousin, who lives in Australia, sent me ‘Our Story in 2 Minutes’ about the history of man. It reminded me of Hans and his humorous skit about learning symphonies.

I’m passing ‘Our Story’ on to you. I’ve already watched it four times. Here’s the information. Enjoy!

“Joe Bush got a high school assignment to make a  video reproduction. He chose history as a theme and tucked it all  into two minutes. Joe took pictures from the internet; added the sound  track “Mind Heist” by Zack Hemsey (from the movie Interception) and  came up with this, an incredible work for a 17-year old. Just finding the  pictures was a formidable task. Hold on to your seat. This moves fast.  Don’t blink — not even for a second & keep your sound on.”
http://marcbrecy.perso.neuf.fr/history.html 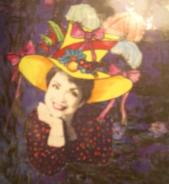 Susan added the hat to a photo of me for my 60th birthday. I’m now celebrating my 80th. Imagine…

A local mayor recently suggested instituting a deposit on cigarettes to be refunded when the butts are returned, just like a glass milk bottle. His concern is environmental. Apparently the butts contain chemicals which are extremely harmful and there are just too many on our streets, which then end up in our waterways. Perhaps this is a result of smokers now being limited to where they can smoke — it isn’t yet against the law to smoke on the street.

Cigarette butts on my street

Bette Davis in ‘All About Eve’

When we were young and yes, my generation smoked, we were not

told smoking would cause health issues. We believed it would help with weight loss, so of course I, for one, smoked. Did I lose weight as a result? Definitely not. They also said it would reduce stress, the stars of the day all smoked in films — it seemed so sophisticated, sexy, and

appealing. Did it make me feel sophisticated? Sexy? Appealing? No…..

Due to poor blood flow to the penis, smoking causes erectile dysfunction and impotence, the severity of which is correlated to how many cigarettes you smoke. Women, we don’t get off the hook either, smoking causes all of us loss of sexual desire and arousal.

We already know smoking can give you lung cancer, affects your cardiovascular health, damages your arteries and restricts blood flow to various parts of your body. Smoking also ruins your teeth and skin. Need I go on?

Yes, I stopped smoking in my early thirties. It was so difficult, I quit only once, I’d never want to go through that again. In those days there was no help to get you through withdrawal and it was tough. I’m sure it is still awful. However, if you smoke and you don’t quit, you may smoke on our sidewalks and the butts will get wet when it rains and the water containing the poisonous chemicals from the butts will run down our drains into our waterways, and, and, and……